EMR in Nelson is under the new local provider  of Tasman Bay Guardians  https://tasmanbayguardians.org.nz/experiencing-marine-reserves/

The regional coordinator contact person is Jude Heath This email address is being protected from spambots. You need JavaScript enabled to view it.

Riwaka School made  front page of the Guardian newspaper https://issuu.com/guardian-motueka/docs/8_june_2016 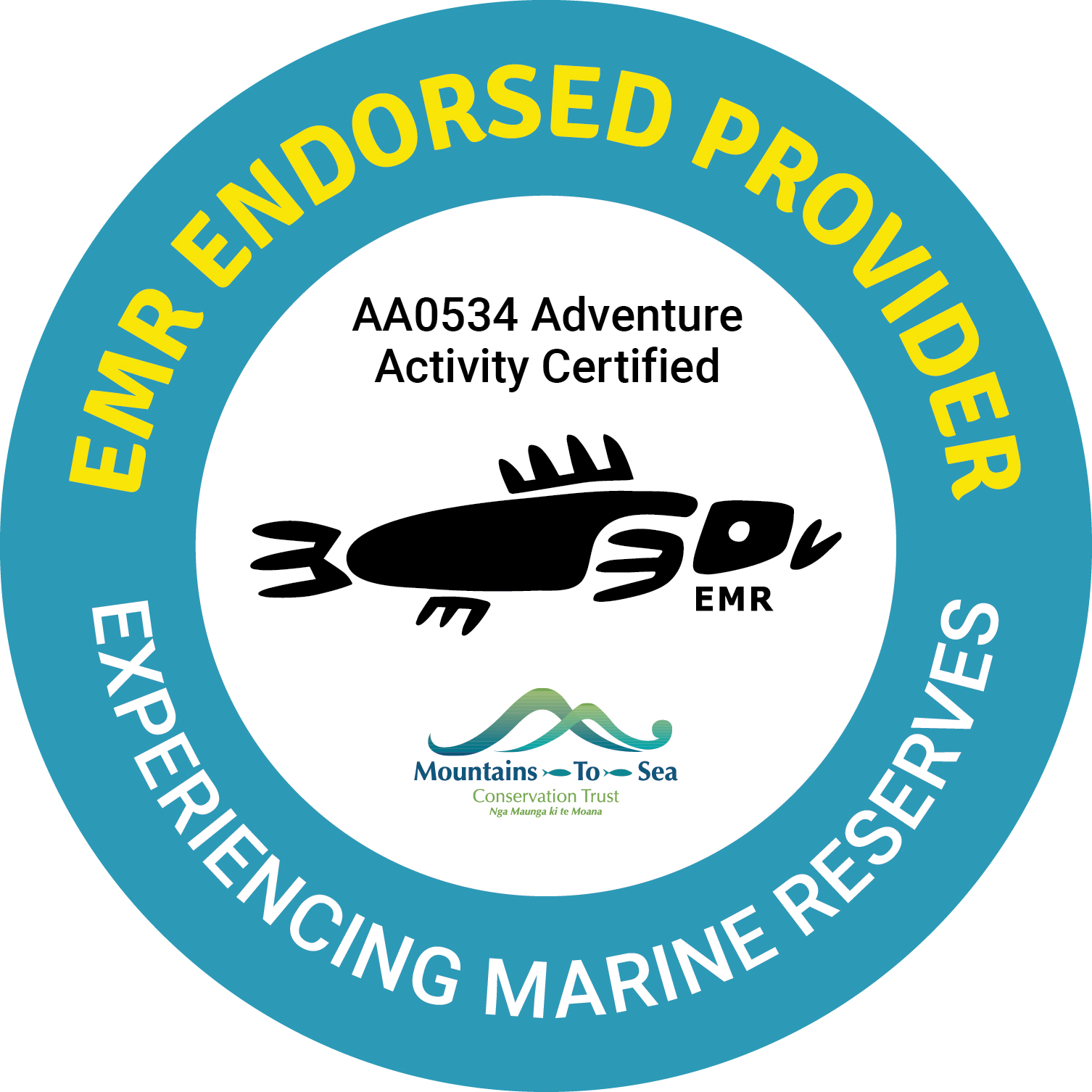 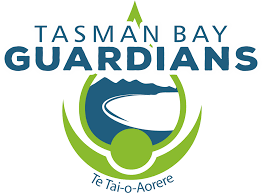 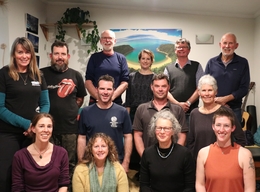 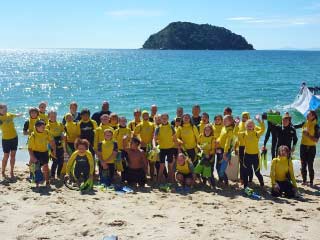 As a result of the EMR programme, Tasman School senior students have been monitoring the environmental impact of their school's annual Muddy Buddy Adventure Fun Run fundraising event on their local estuary, the Moutere Inlet.

While the new highway was being constructed children helped move local eels to safety. When the school had two letters raising concerns about the impact of their ‘Muddy Buddy Adventure Fun Run', the students were keen to find out more." Just before the estuary run in March, students surveyed two areas by counting crab holes and snails in 6 quadrants along a 6 metre transect. One transect was in the Muddy Buddy course and one was outside it. The day after Muddy Buddy's the students were back out, being environmental scientists -making observations, taking photos, counting crab holes and snails and getting muddy again. They have repeated this process once a month for six months and are now ready to collate, graph and analyse their results. They then plan to report their findings and make recommendations to a range of organizations interested in the outcomes – including the Tasman District Council. 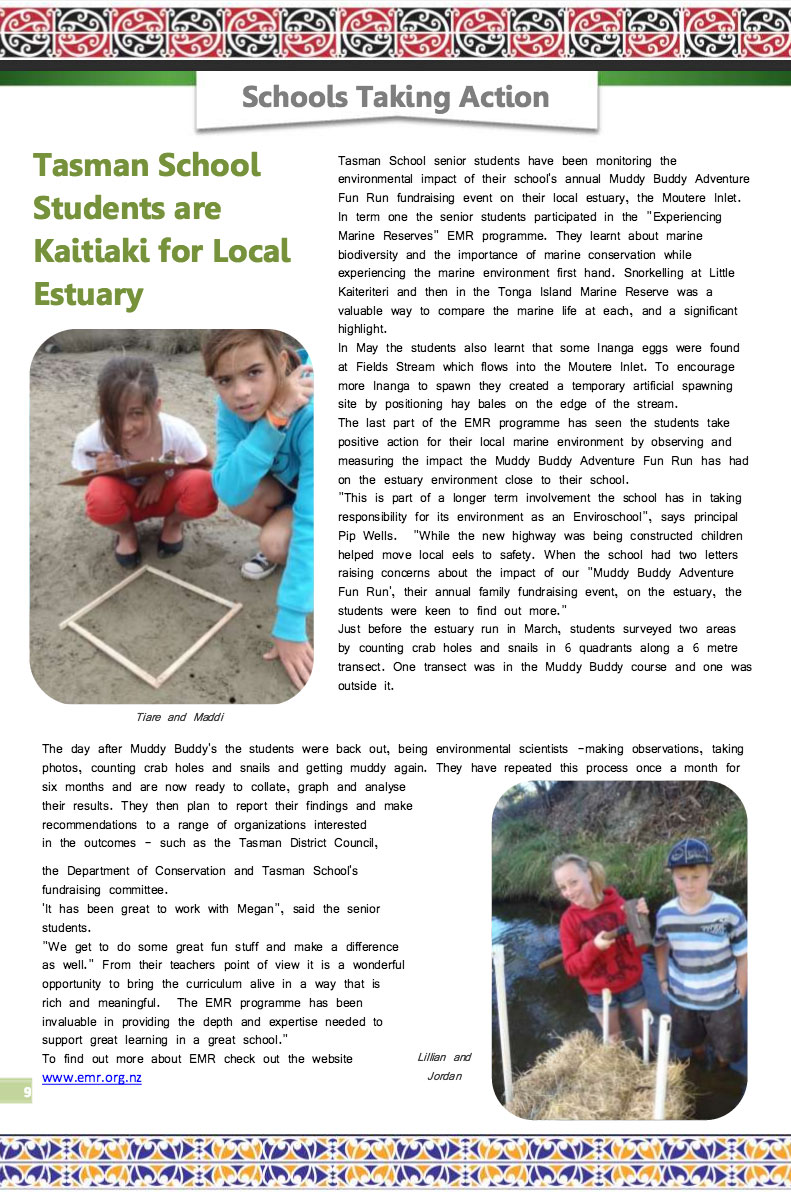 EMR History in the region

EMR History in the region

Thanks to funding from the Tindall Foundation (via Mountains to Sea Conservation Trust) and the Lion Foundation a class of 27 Riwaka School Year 7&8 students participated in the 2011 EMR programme.

As well as the snorkelling sessions students also visited Touch the Sea Aquarium where they learnt about food webs with Marine Educator Richard de Hamel and Tamara Orr came to visit and inform them of the regulations and activities of the Ministry of Fisheries.

As part of the investigation of their local marine area they visited an old Pah site, Puketawai, and were spoken to by local iwi fisheries representative Fred Te Miha. Fred informed them about traditional Maori fishing sites and practices and gave us a Maori perspective of marine conservation. They also did a walking tour of their local marine area, Kaiteritri with long time resident Tom Rowling and learnt some of its history, heard a few stories about what the fishing use to be like and got an understanding of what locals and tourists value about Kaiteriteri. One of the parents who grew up there remembered in the 1970’s boaties coming in with more snapper than they could eat, giving some away and then having to dump the rest! They were shocked by such waste and also amazed that there use to be so much fish in the bay.

Sunny Tasman Bay delivered us perfect weather for snorkelling in our local marine area, Kaiteriteri Bay. The Riwaka students are confident swimmers and loved the opportunity to snorkel near their favourite beach. They discovered that there were lots of kina on the rocks and not much seaweed. They saw sea stars, anemones, spottees, triplefins and a marble fish and also found fishing lines and hooks and an old reel left by people fishing off the rocks.

Tonga Island Marine Reserve can only be reached by two days walk or an hour on a boat. We took the Sea Shuttle and did the scenic tour including a look around Tonga Island to see the seal pups. We were dropped off at Tonga Quarry for our snorkel. Once again perfect conditions and we had an awesome snorkel from the beach at Tonga Quarry to the Tonga Arches.

The students saw a much bigger range of marine species. Not lots of each as the recovery at Tonga Island is slower than other reserves but they definitely noticed a difference to our local marine area. They saw blue and red moki, tarakihi, blue cod, octopus (two fighting and chasing each other), sting ray, a squid, reef crabs, paua, a sole and noticed that there was less and bigger kina and more sea weed.

The Riwaka students have decided they would like to go back to Kaiteriteri and do another snorkel to clean up fishing lines and hooks snagged in rocks and also any other rubbish they find. They also plan to publish information and photos about what they’ve learned and discovered on their school website and perhaps on facebook.

The EMR snorkel gear has also been made use of during sea week. DOC ran a ‘Take a Kid Snorkeling’ trip to Tonga Island Marine Reserve and the Kiwi Kids Conservation Club attempted a snorkel at Cable Bay. I say attempted because we got geared up and were just getting in the water when a massive hail storm came down the valley. The weather changed from sunny to thunder and lightening in minutes and we were pelted by hail stones. By the time we got back to the beach it was white with hail and our feet froze while trying to get saturated gear into my car. No fish seen that day but it was exciting.

Our Nelson EMR coordinator reports “It was the first time on a boat into our beautiful Abel Tasman National Park for a lot of these kids. They didn't see an abundance of life like at Goat Island but a bigger range of life sighted between us all and they definitely noticed a difference from their non marine reserve snorkel. Tonga Island Marine Reserve is taking a long time to recover but it is happening. They saw sting ray, blue cod, banded wrasse, marble fish, an octopus, starfish, more spotty and triple fin, less and bigger kina. We went further into the Marine Reserve around Tonga Island to see the seal pups swimming in the nursery pool - the kids loved this. On the way home we stopped at Adele Is. and turned the motor off to listen to the bird song which has only recently returned since the predators have been trapped by a local conservation group.

Was awesome to see how much the kids confidence in the water had improved over the three sessions of snorkelling and hearing their interest and exclamations at what they saw. 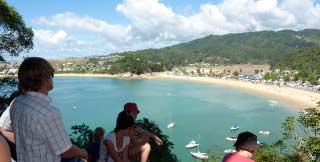 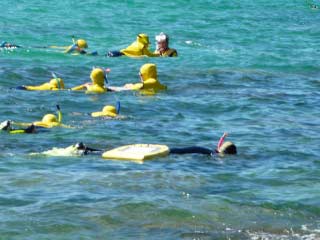