Te Whanau Moana me Te Rorohuri implemented a no-take rahui covering 384 ha at Maitai Bay in
2017. The rahui was implemented due to concern about the ongoing degradation of the
health/mauri of the area, which has been subject to heavy fishing pressure for the past several
decades. Extensive kina barrens, associated with a loss of large predators on the reef, now cover
much of the shallow rocky reef within the Maitai Bay. The rahui was implemented and is upheld
directly by Te Whanau Moana me Te Rorohuri.

To understand more about the Rahui - cheack out the sustainable

See the summary of the wananga here 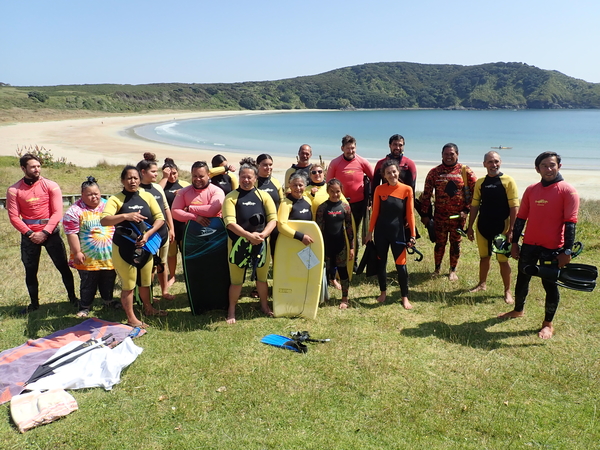