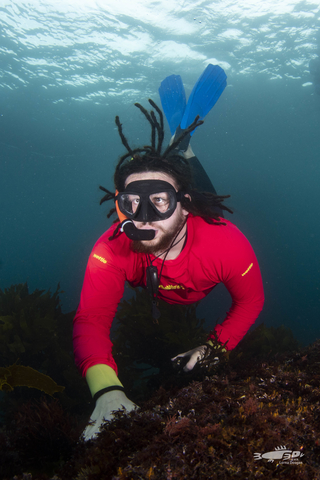 I began a journey with EMR after a meeting with Lorna Doogan, discussing how best to get our Rangatahi into te taiao. We agreed the only logical answer was to throw them headfirst, to see if they float. Following this hui, they offered to train my colleagues and I as volunteer snorkel guides and as helping hands on the subsequent haerenga that we planned.
The training was effective and well rounded, ensuring that everyone had a basic understanding of what EMR was as an entity. We were then tested on our skills in the water and given examples of aquatic life that these amazing trips had to offer. Once the training day was completed, the feeling of accomplishment was surpassed only by the desire to want to get into te taiao. I then had the privilege of accompanying EMR to take out four mana Rangatahi from Para Kore Ki Tāmaki to Tawhiti Rahi (The Poor Knights), volunteering as a guide.

The 3-hour journey to Tutukaka was humming with excitement, forethoughts of wonderous blues and amazing life aquatic flooded all thoughts. Travelling with Dive! Tutukaka, we were treated with ebbing swells that dipped and swayed, serving as a reminder that this is the Tangaroa, we are only visitors. The skipper was engaging and attentive and ensured that everyone knew the safety procedures and understood where we were going, Lorna briefed all the guides and made sure that we were all comfortable in what our roles were. I was fortunate enough to have been given a more experienced group of participants, meaning that I simply had to make sure that they enjoyed themselves and that none of them got lost.

I have been asked to write as pure of a report on this experience to the best of my abilities, however I simply do not have the lexicon required to describe what I saw and felt. In other words, I couldn’t believe what I was seeing.

The Poor Knights marine reserve is the most perfect example of an eco-system that I had ever seen. Kina have to hide because the prehistoric looking snapper prowl the forests of kelp and seaweed, eagle rays lay peacefully under foot and the Sandager wrasses have no problem greeting you with a big bucktoothed kiss. Incredible blue algae (Champia laingii) dotted itself across the waterscape, like a breadcrumb trail set by ancients, amazing visibility meant the trail made itself clear. A few Manus off the boat and a few underwater hero shots and it was time to head back. Stopping in the cave the Para Kore Ki Tāmaki Rangatahi performed Ka Pioioi, using the amazing natural acoustic capabilities to fill the entire space with powerful melodies.

All in all, this has been one of the most beautiful experiences of my life. If I could suggest anything to anyone, it would be to volunteer for EMR and make sure that you visit this incredible taonga.

The day was overcast, but warm, as we assembled in Tutukaka. We were on the way to what is at arguably the best (easily assessable) snorkel site in New Zealand – the Poor Knights Islands. A buzz of excitement rippled through the air, as the participants and volunteers who were lucky enough to have been before raved about their experiences.

The adventure began on the shore, with wetsuit and gear fittings. As we loaded the boat, a gannet was diving to feed, teasing of the wildlife we were yet to see. The Perfect Day boat rocked throughout the hour-long trip out to the Poor Knights. I was on high alert for dolphins or shark fins, but the search proved unlucky. Upon arrival and a safety briefing, the participants were quick to enter the water. Our snorkel site, The Gardens of Tawhiti Rahi, did not disappoint. The Poor Knights Islands were established as a marine reserve in 1981, allowing the untouched wildlife to flourish to densities unheard of in non-protected areas. Furthermore, the visibility here is impressive, greater than that experienced when snorkelling from the shore. An array of sea life was visible – including schools of snapper, black angelfish, huge blue moki, kina and other urchins, eagle rays, and an impressive diversity of kelp. Many of us did not anticipate how cold the water would be, but we quickly got used to it – the double wetsuits and hoods proving favourable. Whilst my group continued snorkelling, many utilised the kayaks and paddleboards, exploring from the surface.

Before returning, we tiki-toured around the islands, learning of the history and checking out the impressive topography. The islands themselves are dominated by pohutukawa forest and steep cliff-faces – they are protected, and you cannot land on them without a permit. Whilst inside Riko Riko cave – the largest sea cave in the world - we were treated to a waiata from some of our participants, allowing us to understand first-hand the incredible acoustics inside. We were lucky enough to see two New Zealand fur seals resting on rocks at the foot of the islands, large shoals of fish and hundreds of shearwater seabirds swimming on the surface. We found ourselves back in Tutukaka by the late afternoon, with both participants and volunteers excitedly exchanging stories of the wildlife they had seen.

What an incredible trip to excite us for the upcoming season – thanks EMR! 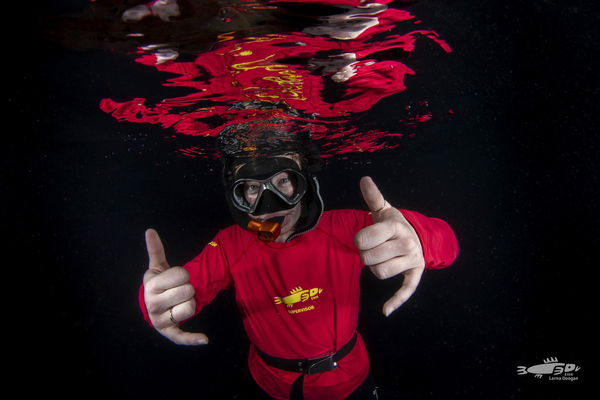