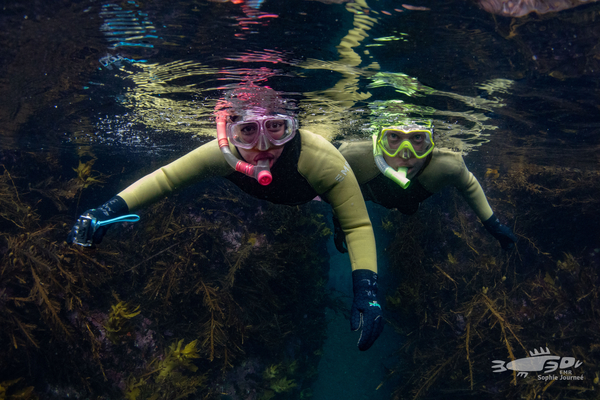 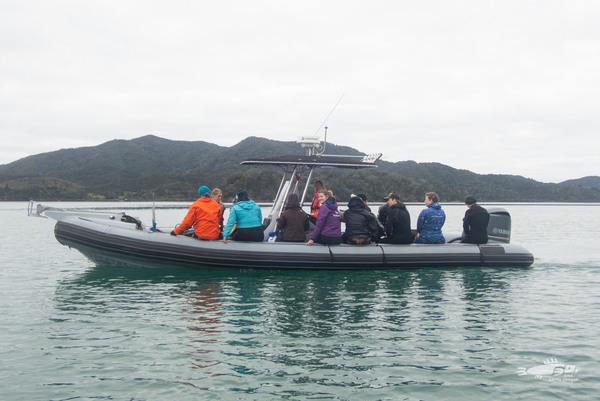 EMR goes North!
At the start of July, EMR volunteers found themselves trundling into cars and heading far up the road to Whangaruru, drawn towards the spectacular promises of pristine marine environments in the Bay of Islands. In a venture out with four Northland Dive members, twenty-six of EMR volunteers congregated in the Far North for a day’s adventuring below the chilly wintry ocean surface. Age and skill level varied, but enthusiasm and environmental love was high.

In the warmth of The Cowshed we were briefed by our lovely Northland Dive team, who kindly agreed to share their insider knowledge of the top-spots and look after us for the day. Cars loaded with people and boats loaded with kit, we carpooled to Te Uenga Bay. For anybody driving past EMR provided the entertaining site of humans struggling to squeeze into their wetsuits at the side of the road. There was giggling and cursing of the cold as the insulating test of endurance was gradually completed and we hobbled en masse across to the stony shore. The group filled both RIBs, we informed the Coastguard of our departure lest our dreamy day did not go to plan and headed out into the calm of Maunganui Bay.

Our destination was Deep Water Cove, renowned home of the Canterbury Wreck and some excellent snorkelling sights off Putahatata Island. We grinned our way through the boat ride, with palpable excitement competing with the sounds of the engine. Indeed, a Little blue penguin waved us on our way! The birds continued to follow us. There were cormorants fishing as we preening their wings on the rocks and one Australasian Gannet soaring above and persistently diving between our boats at considerable speed.

On the first dive at Putahataha Island we saw a healthy rocky reef ecosystem. It was alive with Ecklonia radiata. After diving down past the Ecklonia, there were many fishy friends. One of the common fish spotted was the “punk-rock” looking leather-jacket (Parika scaber). The leather-jacket were almost playing hide-and-seek, weaving amongst the Ecklonia. Other fish species that were spotted amongst Ecklonia were the ever-friendly Sandagers wrasse (Coris sandeyeri), snapper (Pargus auratus) and hiwihi (Chironemus marmoratus). Through exploring the dive site, a school of very cute sweep (Scorpis lineolate) and parore (Girella tricuspidata) were spotted. Many snorkelers visited a small cave that was the home to 4-5 crayfish (Jasus edwardsii).

The divers descended according to their experience level with the Open Water Divers chilling at the island and the more advanced divers disappearing down to the HMZS Canterbury depths below. The island life was buzzing underwater. Kelp fronds waving brightly and revealing their hidden fishy treasures. So much to see. There were moray eels resting challengingly out in the open, as well as crouched into the rocks. We saw Crayfish the size of small-to-medium dogs, Sandagers wrasse circling around our heads and Hiwihiwi fish insistently creeping up close to eye level. Iridescent shells littered the rocks, luminescent orange nudibranchs splodged across the seafloor and large black spiky Kina (sea urchins) made proper and efficient dive buoyancy control very appealing.

The second dive revealed to us a monster crayfish, whose antenna curled out from under ledge it was resting beneath and a scorpionfish chilling out alongside. Excitingly we also spotted an octopus! Hidden underneath a spiral shell we caught just a flash of its eye before it snuck back in. Fortunately its tentacles confirmed it was there and we had Art on hand with his flash videography setup to capture all it was willing to reveal to us.
The sun did not come out to see us during the day, but it threw in a dazzling finale sequence as the boats headed homewards. Glowing behind the silhouettes of the islands in the far distance in glorious orange pink and pale purple hues there was a sense that we had somehow stumbled towards the end of the world. Upon arriving back at the Northland Dive base, we rushed around unpacking gear, cleaning and soaked up hot showers before enjoying a delicious home cooked meal by Julie. A trip to remember in the middle of winter. 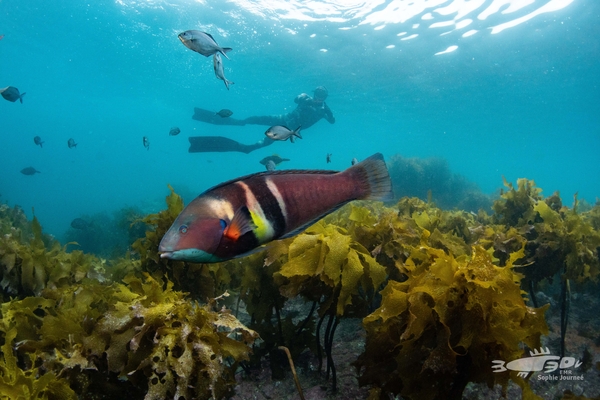