This snorkel day marked the 7th free event that Experiencing Marine Reserves has run in the Whangateau Harbour and the first in memory of the late Dr Roger Grace. Roger was a founding trustee of the Mountains to Sea Conservation Trust and spent many hours in the estuary doing his PhD research in 1966, pioneering science by SCUBA diving. Donations were raised for the Dr Roger Grace Memorial Fund set up to continue to make waves for marine conservation. Please donate today at www.emr.org.nz/roger-grace-fund

On Sunday the 1st of December we broke our previous records, with 110 participants attending the event. Almost of which had never snorkelled in the mangroves before. We saw cockle siphons, anemones and hairy crabs on the sand flats and big schools of yellow eyed mullet in the mangroves. Those groups with confident swimmers were able to venture over the sandstone reef and were treated to parore and spotties hiding the neptunes necklace and schools of juvenile trevally.

Having the support of The Bobby Stafford-Bush Foundation has meant that we are able to provide these free events which encourage kaitiakitanga (guardianship) of our marine taonga (treasures) in our participants. These events also have the added benefit of getting people active, learning a new skill and meeting other people in their community.

The event provided an opportunity to educate the public about the importance of mangrove forests as fish nurseries and to prevent coastal erosion, while immersing them in the habitat. We also covered the cockle closure and what that marine protection means in relation to water clarity in the Whangateau Estuary. 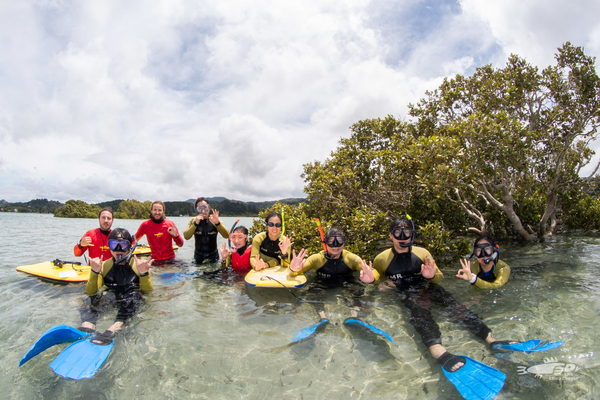 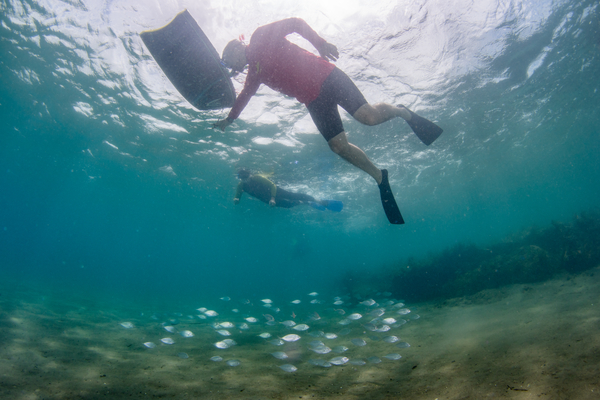 Last weekend I had the opportunity of volunteering with an amazing team of people who were dedicating their time to preserving New Zealand’s marine environment in the name of Dr. Roger Grace. Dr. Grace was one of the cornerstones of marine science and conservation in New Zealand, and also someone who left a very strong mark on me personally. It is wonderful to see that his work is still being carried on by such an engaged and passionate group of people. 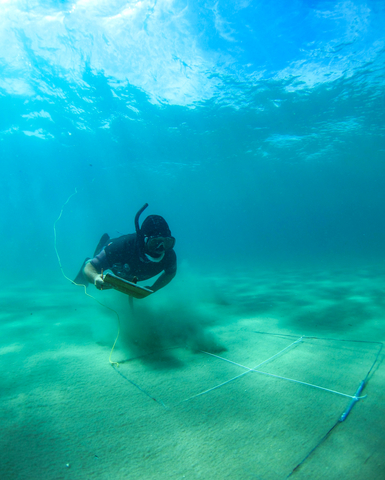 I spent my first summer in New Zealand shortly after my uncle past away. Ian Scott was a marine biologist from Leigh who had been a huge inspiration to me growing up. Thanks in part to him, I moved to Australia when I was 20 to complete my studies on coral reef conservation at James Cook University. Unfortunately, he passed in 2011, right as I was starting my journey in marine conservation. In that first summer after he passed, I came to Leigh to spend time with family. In doing so I was introduced to Roger, who took me under his wing in a way I hadn’t experienced before or since.

Roger had a deep impact on my life as a marine scientist and conservationist. As a 21 year old undergraduate student spending a summer diving and learning about photography and conservation he was a legend. To be introduced to him at the start of that summer, at that time in my life, was a very special event. But what was amazing was that that introduction began a whole summer of collaboration and adventures. Suddenly, here was this legend in his field, who had been on both the Rainbow Warrior and Calypso, spending everyday with myself, who had just finished his first year of university.

That summer we spent close to two months diving all around the Leigh area and up to the Poor Knights. He taught me about key marine conservation issues in the area as well as the importance of marine reserves. I helped him conduct surveys both within and outside of protected areas along the coast, which clearly showed differences in the abundances of different creatures. We also had plenty of time spent eating blueberry ice cream, which because of his condition I was meant to keep a secret! Now I’ve nearly completed my PhD on marine protected areas and so much of this is thanks to Roger’s inspiration.

The biggest gift Roger gave me was time. Time to ask questions, time to slowly build an understanding of the complexity of marine conservation issues. There are few moments in your life, if ever, when someone will patiently give you their undivided attention day after day and ask for nothing in return.

Even at that point he wasn’t well, he’d had two heart attacks under water and wasn’t allowed to get tanks filled anymore. But we still managed to go out on his little row boat and get in the water. At the end of the summer when I printed him off some photos of him diving his parting words were a laugh and “I’ve still got it!”

He is sorely missed. 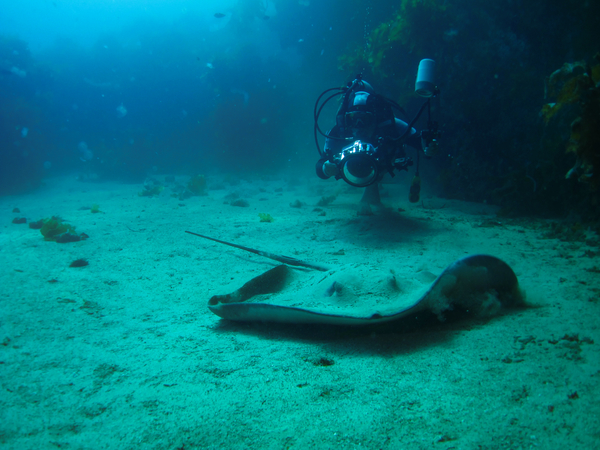 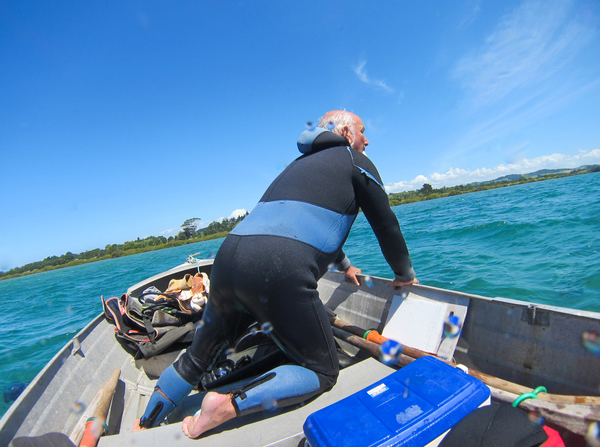 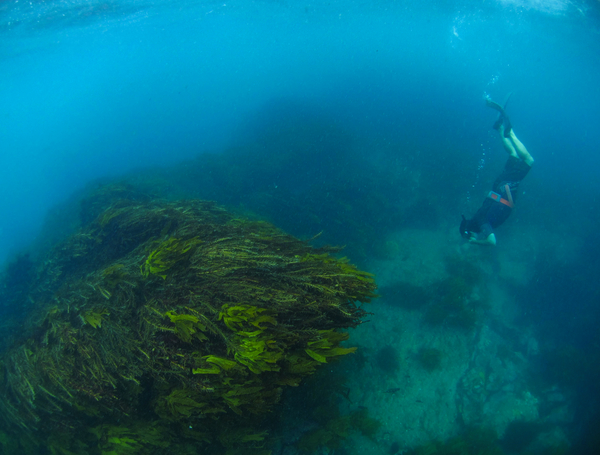 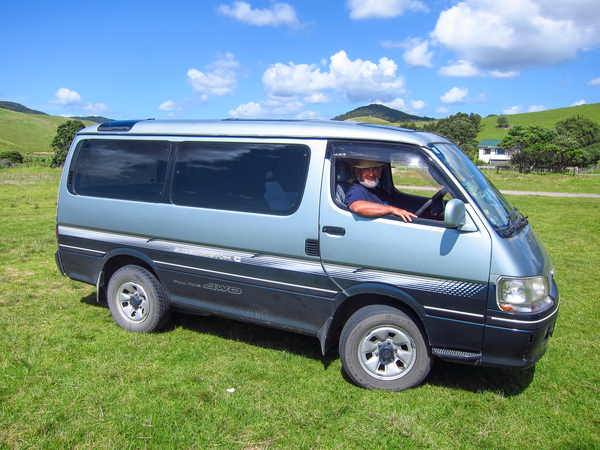