About 75% of New Zealand molluscs are less than 10mm long when adult. Micro-mollusc hunting has become an obsession for many of our Experiencing Marine Reserves (EMR) team members and participants. Micro-molluscs are very elegantly shaped and can be found washed up on our sandy shores, sorting these ‘teeny’ wonders has been reported as being very therapeutic. EMR has micro mollusc therpy packs and locket necklaces for sale on our online shop with all proceeds supportting the delivery of the EMR programme. 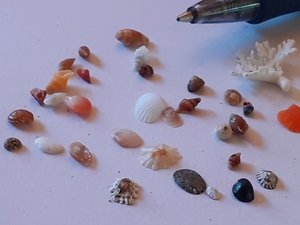 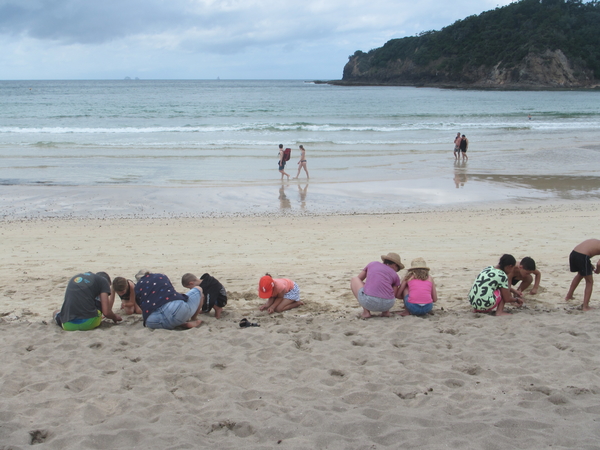 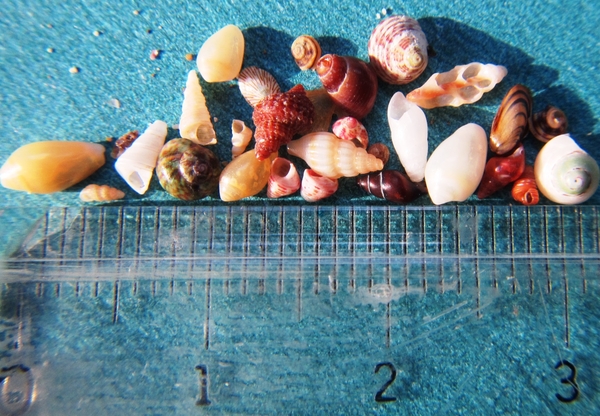 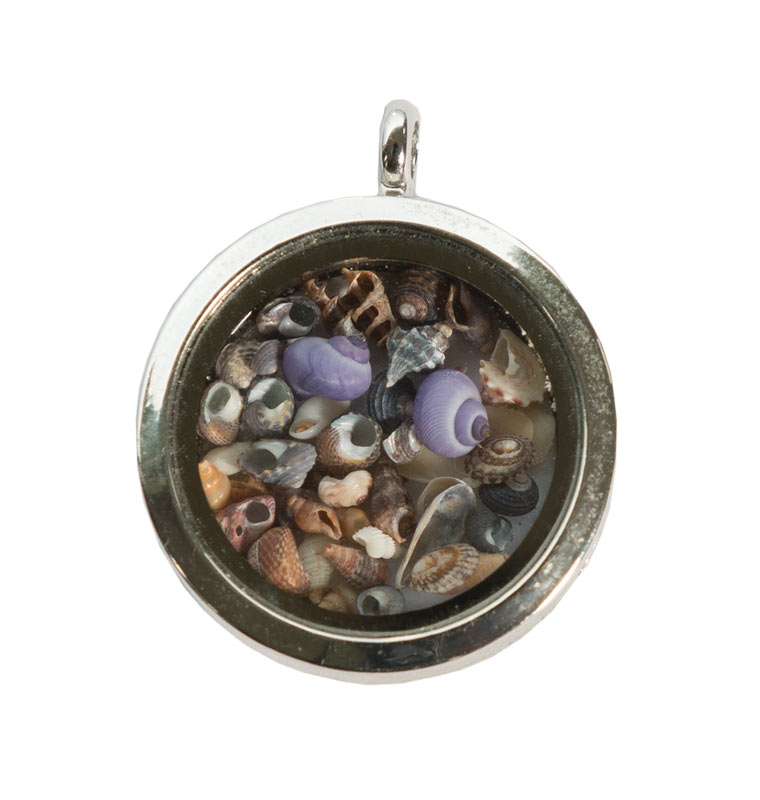 EMR has developed our own micro mollusc ID chart that features true (less than 10mm) and juvenile species of common specimens found (and collected by hand) in North Eastern New Zealand. Download our chart.

We are working on version 2 with better images!

Look complete specimens (the smaller the better), you may also find non-molluscs like brachiopod and bryozoa sand. All specimens must be beach cast only (no live specimens) and no collection  in any NZ marine reserves (or other MPA’s with special rules about shell collecting).

Would you like to be a micro mollusc hunter?

Would you like to be a micro mollusc hunter?

We love to recieve donations to support our EMR fundraising and educational initiative.

Scientist classify animals and plants according to their characteristics, major groups are called phyla. For example the Mollusc phylum is subdivided into seven classes and divisions within each class are called orders and further sudivisions are called families.
Let’s have a look at the classification of the common octopus or Wheke Pinnoctopus cordiformis.
It belongs to the kingdom of Animalia (it’s not a plant!). The phylum is Mollusca, the classis Cephalopoda, the family is Octopodidae, the genus is Pinnoctopus and the species is cordiformis.

The group with the largest number of species is the Mollusca. The word mollusc means ‘soft body’ and many have a shell to protect it, commonly known as shell fish, but not all have shells such as the class gastropod and order Nudibranchia (sea slugs). ‘Nudibranch’ which means naked gill (the gill is feathery rosette at the end of the animal). 4 Main classes of mollusc are:
– Gastropod (snails & slugs)
– Bivalve
– Chiton
– Cephalopod

There are lots of different shapes and sizes of gastropods. Some gastropods are herbivorous and others are carnivorous. Bi’ means two and bivalves are shellfish that have two shells hinged together. The two shells are normally the same shape. Unlike some of the sea slugs and sea snails bivalves have no head, tentacles or eyes. Cephalopods are shellfish too, although the shell is usually absent or, is a small internal shell. These vary in size from the size of your hand to the giant squid found around Kaikoura. Cephalopod means head-foot. These animals have muscular bodies and can move quickly. They have a strong siphon which gives them jet propulsion. Most can squirt out a cloud of ink to mislead their attackers. This group of animals includes octopus, cuttlefish and squid. During micro mollusc collection we often find Brachiopods, these look like mollusc but have an entirely different arrangement of internal organs and mode of living!

To help you classify and group your treasures  – follow this Shell Key https://www.otago.ac.nz/marine-studies/resources/download/otago371804.pdf

For more questions about micro molluscs contact Samara Nicholas, MNZM This email address is being protected from spambots. You need JavaScript enabled to view it.